The find spot of most sherds in the garden, but not quite all, was noted over 40 years and a small BARG team, part of the Barkham Survey, began to analyse them in 1996. In order to compare the numbers and weights of the sherds found according to their find spot, we divided the plan of the garden roughly into 30m x 10m sections (see fig. 6). Unsurprisingly the pond area had produced the greatest number and weight, but we found sherds on or in most of the beds in the garden which were regularly turned over, so the final assemblage represented a ‘total collection’ of those dug areas. 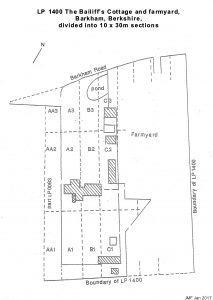 Early on in our endeavours we tried to find sherds which matched from the same bottles judging by the glaze colour and the degree of shine or ‘mattness’ on all sides. This was not as easy as one might think. There was an obvious lack of uniformity of colour glaze even in the same bottle, especially when comparing external colours which often varied from one side of the bottle to the other; internal colours seemed to be more uniform (see fig. 7). 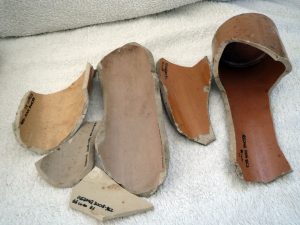 Fig. 7 A range of internal colours on Apollinaris sherds

Notwithstanding, the first about 120 sherds (excluding the whole bottles) we put together in batches or samples where it seemed that the glaze colour was actually matching, or more-or-less so. This made up 100 batches of would-be bottles or ‘glaze samples’; the latter name is used throughout this study. Later, during our second work period in 2016 we extended this to 150 glaze samples, based on the same perceived similarity. Surprisingly on both occasions a small minority of broken sherds matched without question and could be repaired and bagged together, but these were from only 6 bottles. This difficulty made it hard to assess just how many bottles our assemblage of 629 sherds represented. The detailed aspects of recording are covered under ‘Statistics’ below.