6. Searching the sources for the history of stoneware bottle-making

In 1996 we were very fortunate; John Hurst who had come to see our assemblage, sent us copies of many of his collection of historical articles in English, Dutch and German written in the 1980s on the subject of Apollinaris and other German seltzer bottles; we have found others written in German more recently thanks to the internet. These were translated into English by one of our BARG members, Joan Morley (see fig. 12). Together they covered many aspects of the business of making stoneware bottles, although not always comprehensively and they were at times rather contradictory. Looked at together they commented on the choice and production of clay, through the making and firing, to the packing and transportation of unfilled and filled vessels, yet there remained unanswered questions including the reason for the number and letter marks under the handle, which although touched on, was not conclusive. 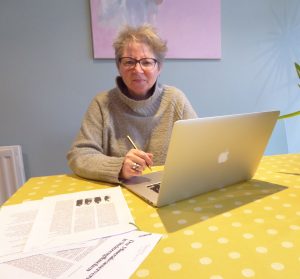 From these articles we learnt that there was a very long-standing tradition of making pottery as a domestic industry secondary to farming.9 Later came the discovery that when the clay was fired at higher temperatures impervious stoneware vessels could be created which were ideal for the long-term storage of liquids. This industry was particularly evident on the east, or right, side of the Rhine in Germany, in an area known as the Kannenbäckerland the jar and jug-making country’, on the south-west side of the Western Forest, the Westerwald.9 Here both clay and wood from the hillsides were available. The clay pits required wood as props and kilns were fired with such large quantities of wood, particularly beech, that in order to maintain the supply during the nineteenth century, increasingly amounts had to be brought by rail from neighbouring regions.9

The clay in the Westerwald was reddish-brown to yellowish-red and apparently had a high iron content.10 It had excellent plasticity and was slightly greasy or oily (the Dutch word is ‘vette’ 3 p190) and therefore, so it was claimed, particularly valued for making bottles rather than jugs.10, 2 It would tolerate kiln temperatures in excess of 1500 degrees centigrade and apparently usually made good water-tight bottles.11 One might ask why there was this distinction between bottles and jugs. The clay for jugs could be fired at a lower temperature to create earthenware; jugs did not need to store liquid for long periods nor be transported and might be required to be more elegant, better finished as tableware. The clay from the Westerwald used for stoneware differed slightly from one locality to another and so was regularly mixed in a kneading machine to obtain all the required characteristics.10

The nature of ceramic production changed from domestic to trade in the Middle Ages11 and became gradually much more economically significant. Until around 1870 the sale of mineral water, in stoneware bottles in particular, grew to such an extent that whole towns, indeed whole regions, relied on it for much of their income.2 Linked to this great rise in prosperity the clay of the region began to be known as ‘white gold’, not that it literally fired pure white, but rather whitish-grey to cream (see fig. 13). The significance of 1870 or so, is that glass bottles were more in evidence, on the continent at least. Further east in Saxony where the term ‘white gold’ had also been used earlier from the early eighteenth century, clay was white and fired white for the creation of porcelain.12 Here too the industry had became the basis for the area’s increased prosperity. 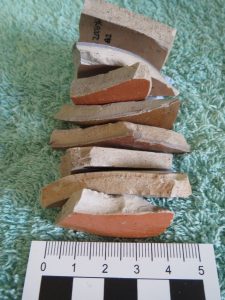 Fig. 13 Variations in the fabric colour of Apollinaris sherds