The post-excavation project, following the excavation of this medieval moated site at North Town, Maidenhead (1966-1970 & 1972).

The medieval platform or mound, which has three ditches at least on its south and east sides, is situated about one and a half miles north of the centre of Maidenhead. In the mid-1960's it was under threat of partial destruction, by a proposal to dig a trench for a main drain to service new houses built on its south and west sides. Gardens of these houses now cover the west ditch. The excavations at Spencer's Farm were directed by the late Dr Cecil Slade (Reading University and Chairman of the Berkshire Field Research Group), and co-directed by Mr Luke Over (then excavation secretary of the Maidenhead Archaeological and Historical Society). Members of both groups, friends, and students on the archaeology course in the History Department at the University of Reading, dug at weekends from May to October, using a box system, rather than a large open trench, as the owners of the new houses were fond of acquiring the newly-uncovered flints from earlier foundations, for features in their gardens! 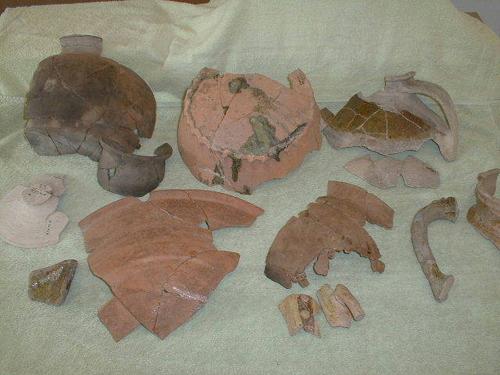 The excavations on the platform revealed the remains of a medieval house, which had been rebuilt, a smaller structure to the south, and other structures north-east of it where there was also adjacent evidence of industrial activity, including metalworking. Two wells served the need for water and there was a possible separate kitchen to the south-east which contained what is thought to be an oven. A trench was also dug across both the south and east ditches.

Although a great deal of preliminary work was done at the time and there are excellent record books and plans, the post-excavation processes were not completed and the excavation report was never published.

In order to rectify this, since 1994, a number of members of the Research Group have been involved with washing or brushing, marking, listing, weighing and counting, re-bagging and boxing the substantial assemblages of pottery (29,000 sherds), animal and bird bone, metalwork, shells, brick, tile, charcoal, wood and glass from this medieval site. Six of us work one morning a week. This has been a challenging and exciting task, which has called for powers of endurance! We have all contributed our different skills, but equally have had to learn many new ones.

We have established the matrices for the whole site (that is, how the layers and features slot together), and are looking forward to the official dating of these from our professional pottery experts, who will give us the dates of the pottery found in them. We know that overall most of the pottery dates to the high medieval period, that is from the middle of the 13th century to c. 1400 AD. The buildings were all demolished eventually, the site filled in and a new, post-medieval Spencer's farm house was built a little to the west, which was itself demolished in the 1960's and replaced by more homes. The site of the later house can also be distinguished from features within the estate. 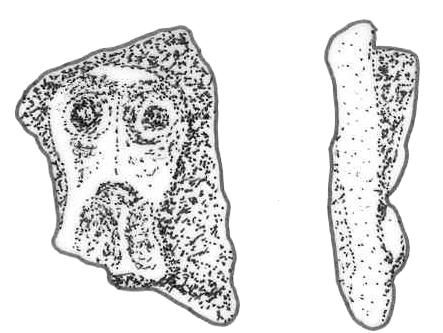 The historical archive for the medieval Spencer's Farm is rather sparse and difficult to disentangle. The parcel of land known as the 'manor of Elentona' (Elington), including this site, at the time of the Domesday survey (1086), also included what later became Maidenhead. The name of the tenant-in-chief at the time was Ghilo de Pinkney, and the manor remained in the hands of this family until it was sold to John Norreys in 1445 (Slade, personal communication).

What we hope to achieve as a result of the post-excavation process, includes an understanding of when the different buildings were built and destroyed, when the ditches were dug, what those living there were eating and the animals they reared (from animal and bird bones), what pottery vessels they acquired, from where, and the nature of other activities at the site.

The process has resulted in some expense, both for the professional services of animal, bird, botanical and pottery experts, and for storage bags and boxes, pens, ink and paper and so on. We were very fortunate to gain the financial support of the Kidwell's Park Trust at Maidenhead and the Berkshire Archaeological Trust based in Reading, to whom we are extremely grateful. We are working steadily and hope before too long to publish the report, dedicated to the memory of the Director of the excavations at Spencer's Farm, which will attempt an explanation of much which is presently shrouded in uncertainty.

The Project Leader for the Spencer's Farm project is Janet Firth. You can contact this project at: mail@barg-online.org

Back to the Projects Index